Will I Alienate People If I …? 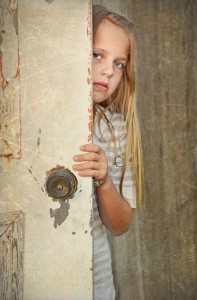 Ashley, a celebrity in the marketing world, and I were attending a conference crowded with thousands of people. Knowing my background in brand identity, Ashley waited until we had a moment alone before turning to me with the question that had been weighing on her:

“If I bring my Christian faith into my business, will I alienate people?”

This is a question I get asked a lot, and it doesn’t have a simple answer.

Before I get to that answer, let me say that I’m not always asked about embracing one’s faith more publicly. It could be about leaving the faith, advocating or rejecting a belief system, living more fully into your own identity or sharing something about yourself you’ve never brought to the business before.

So if you’re wondering whether to take a stand on a political issue, reveal a personal tragedy from your past or take a public stand against the medical establishment, here are three questions to ask first:

1. Is this related to my business brand or my personal identity?

Even in a one-person business there are parts of you that don’t have anything to do with your business. I like to think of it as wearing two hats – the biz hat and the “me” hat.

When you’re wearing your biz hat, all the qualities that help you serve your clients are highlighted. I often say, “Your business brand is you on your best day.” Very often, the business brings out our best gifts.

And as for personal identity? Well, Kevin is a business coach adored by his clients for helping them resolve office conflicts and work together more efficiently. In his personal life he is known among friends as being a champion at his hobby.

Since boyhood he has enjoyed it and mentored others in his hobby, it pretty much defines him in the eyes of some who know him personally.

But he doesn’t bring it up in his work, because (a) it just doesn’t have anything to do with what he does professionally, and (b) he knows there is sometimes backlash when he talks about it.

While I won’t share what Kevin’s hobby is, I’ll remind you that some hobbies are polarizing to some people: breeding animals, gun sports, cosplay, homebrewing.

The question when deciding to bring forward part of your personal identity is: Is this relevant to my business and helpful to my audience?

If not, then you may choose to keep it to yourself. In Ashley’s case, she might become more active in her faith but not necessarily mention it in her business.

Sometimes we come to an awareness about ourselves that simply has to come out and be said, or known or dealt with.

NOT taking action on it feels out of integrity – like hiding or withholding a big truth. You may have suppressed something you wanted to be more public about but can no longer keep to yourself.

That deep need to bring this quality out of the shadows is important. If you feel it MUST come out, then hooray for clarity. Go for it. Just refer back to the first question.

Keep in mind that the awareness may simply be for the benefit of you and those close to you. And that’s okay, too!

Ashley decided to offer her work to a church in her area … and see where she might go from there.

3. Will it cause you to lose or gain audience?

I list this last because I value – both personally and in business — making decisions from love, not fear; considering how something might expand us and benefit those we serve, not what might be lost.

If you’re called to bring forth part of your identity or beliefs in a bigger way and you choose to bring this into your business, you need to be prepared, and take responsibility, for the impact it will have on your business.

As I told Ashley when she asked me her question, “Yes, you will alienate some people. You’ll also draw others to you. You should consider this when making your decision.”

If you’re going to do it, though, don’t do it halfway.

Another client who’d asked me a similar question recently called to show me the website rebranding he’d done. I found it timid: not overt enough to draw people to him who would get fired up about his new identity; but maybe enough to turn off a casual visitor.

“Go big or go home,“ I advised. You won’t get real feedback on this until you do.

Everything is controversial today; so OWN it

Let’s walk through one last example.

Let’s say Pete loves to eat carrots and has always been really private about that. But recently attacks on carrots in the media made him want to stand up for his beliefs – and for carrots.

(Ever been in a Facebook group where someone mentions what you think is the LEAST controversial topic imaginable — spay/neuter of pets? vaccinations? eating eggs? Okay, then.)

Whenever you read “eat carrots” in my example, you can substitute your “alienating” topic: political stance, sexual orientation, lifestyle choices, beliefs about guns, opinions about healthcare … whatever comes up for you.

So Pete wants to talk more about carrots and wonders if he’ll drive away potential clients. Upon reflection, he realizes that, although it’s a very big part of his personal beliefs, it’s more about who he is as a person and is less relevant or beneficial to his audience.

Might it create more of a connection with them, though? Possibly, but since he can NOT talk about it (question 2), I’d skip to whether he might lose audience (a lot? a little?) and decide based on that.

There are plenty of personal things that will draw people to you without courting unnecessary controversy. But if you have to do it to remain in integrity with yourself, go for it!

Have you ever made a big choice like this in your business? What happened (or might happen if you did)?

Enlightened Marketing is for socially-responsible experts and entrepreneurs who still have peaks and valleys in their revenues.

Get the 9x YES! Formula